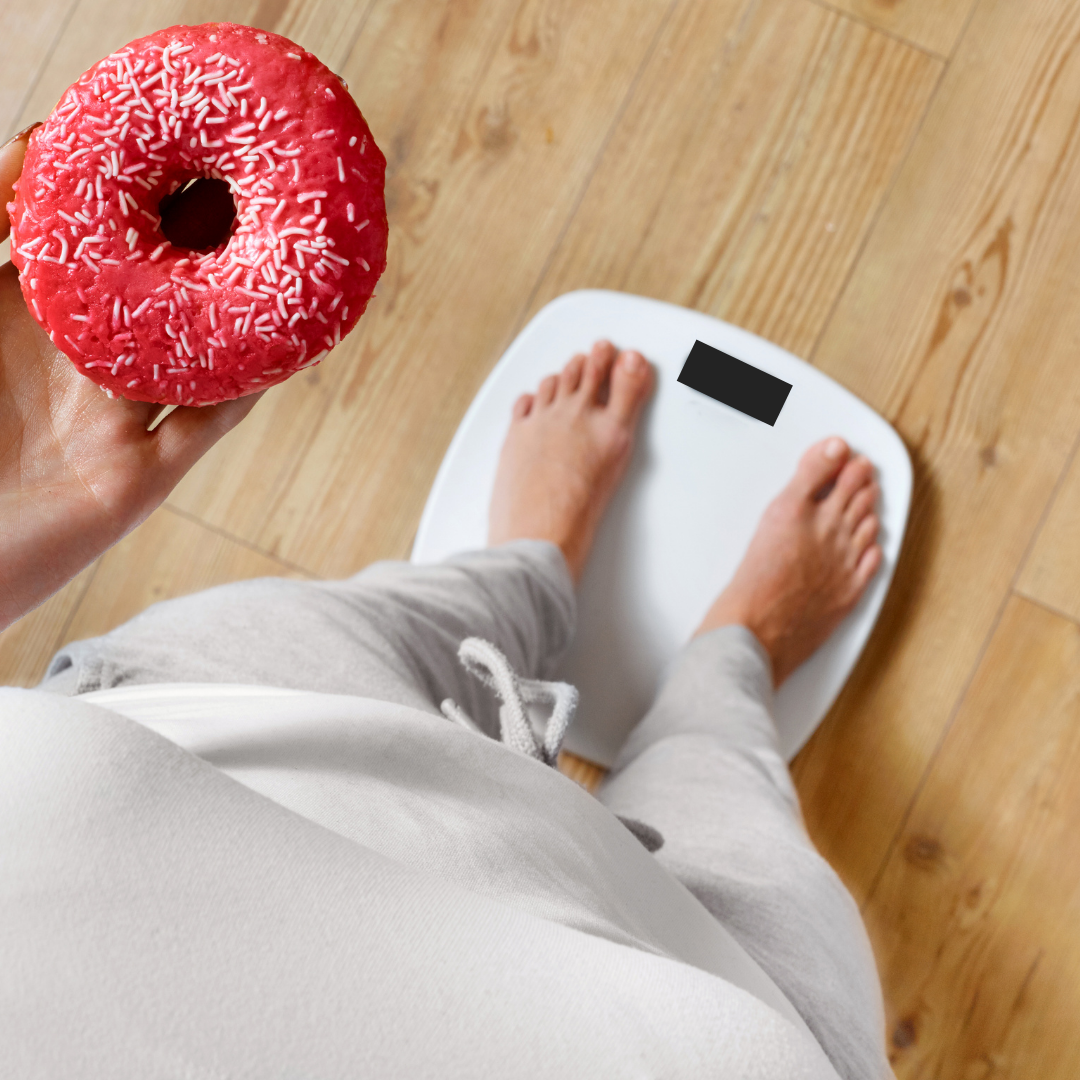 The diet industry promises quick weight loss and makes thousands of dollars every year off people who want to lose weight and be healthy. But what many people don't know is that dieting is why they can't seem to keep the weight off. Most diets rely on a calorie-deficit program to lose weight, and as a result, the body goes into starvation mode. This means the body stores more fat, decreases its metabolism rate, and the diet is unsustainable, leading to periods of binging. Most importantly, dieting can result in eating disorders because the body lacks essential nutrients. As a result, satiety is affected leading to periods of overeating. The solution? Intuitive Eating.

Intuitive eating is not dieting, but it is the art of listening to your body. If you're feeling hungry, then eat. If you're craving something sweet like cookies, then find yourself some cookies and eat them. Craving fries? Burger? Pizza? Chinese Takeout? Then eat it.

Principle One: Rejecting the Diet Mentality

The first principle to intuitive eating is to simply stop dieting, which means no more keto, no more detox drinks, and no more intermittent fasting. After you've stopped dieting and trying new fads, next, you have to stop pseudo-dieting. Pseudo-dieting is when you have the mentality of someone who is following a diet. This can present itself in several ways:

- Counting Macros: Keeping track or limiting the number of carbohydrates you eat, the amounts of fat you intake, the amount of added sugar consumed, and the amount of protein ingested.

- Eating at a Particular Time of Day: It's past 10 pm, and you're feeling hungry, but you decide not to eat because of how late it is.

- Stop-second Guessing Yourself: You're hungry, but you just ate, so you question whether or not you should eat something else now or wait until later.

Basically, if you're ignoring your hunger cues for any reason, then you're dieting.

How To Reject The Dieting Mentality

- Stop Weighing Yourself. Weighing yourself really only tells how much water your body is currently holding, so it's constantly fluctuating. If you just worked out, then you're going to weigh less. Just finished sweating a bucket after chasing the kids in the backyard, then you're going to weigh less. Not only is weighing yourself not helpful, but it can easily place you back into the dieting mindset once you see the number on the scale.

- Stop Punishing Yourself for Eating "Bad" Foods. Let's say you ate two slices of cake earlier because you were craving something sweet, so you listened to your body. Great! Amazing! But that doesn't mean a few hours later when you're hungry again, that you only eat a salad or some "healthy" meal to balance the choice of you eating cake. Unless you're just craving a salad, that's cool too.

- No more labeling foods as good or bad. I'm here to tell you that there is no such thing as bad foods. All foods do one thing, providing your body with the fuel it needs to function. Food is food.

I feel it's important to reiterate that intuitive eating is not a diet or a weight loss plan. It's learning to understand and respect your body's needs by listening to its cues. Intuitive eating is eating what you want, when you want, and where you want so you can feel your best and have the energy to do all the things that you love.

The Incitement of Diet Culture and Disordered Eating through TikTok