If I told you that diets don’t work... would you believe me? 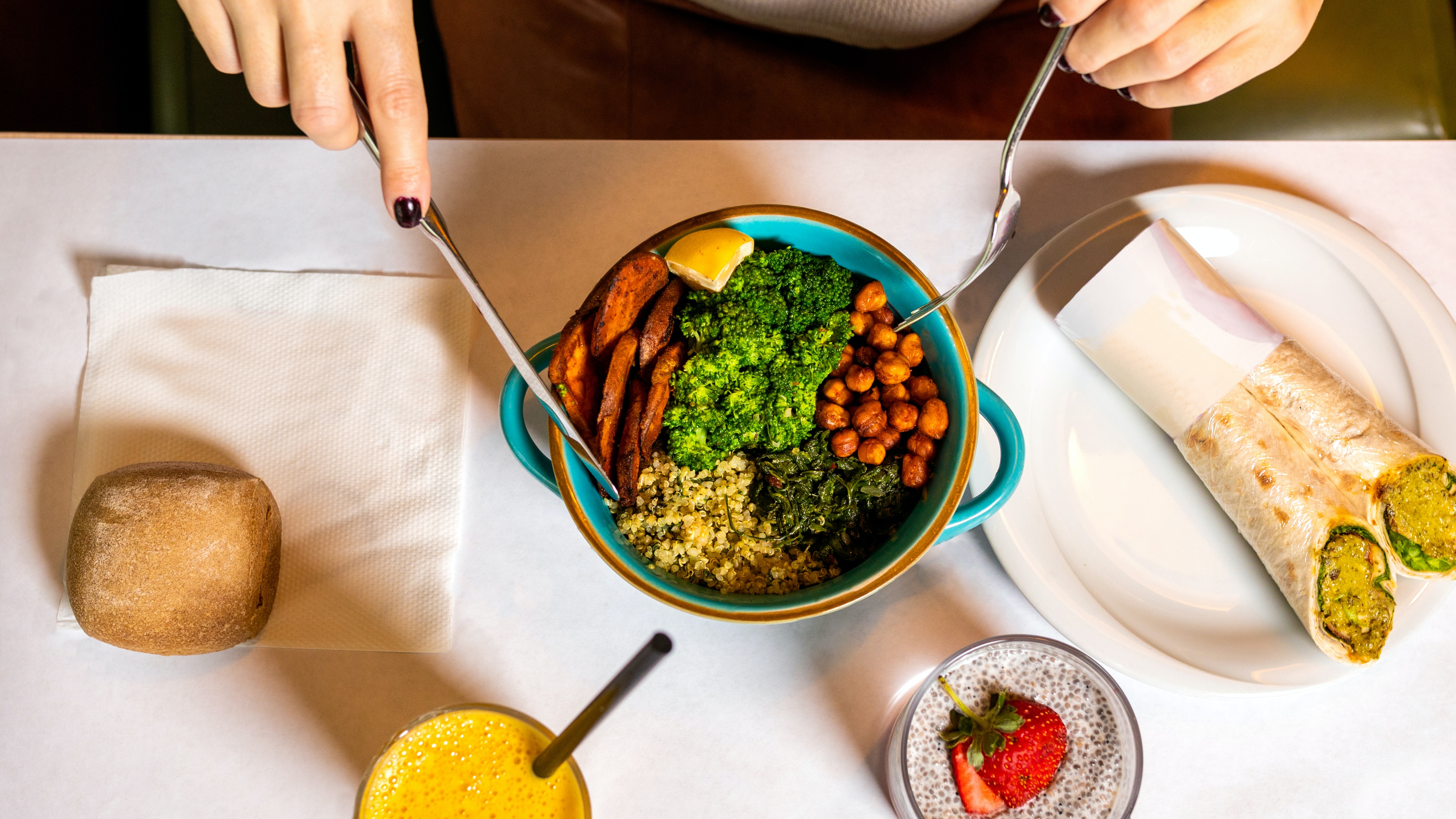 It seems like no matter where we go or who we’re talking to, diet culture always finds some way to be around us. Diet culture is so deeply ingrained into our society, that we tend to not realize how much it has influenced our beliefs surrounding food and health. Unfortunately, this has led people towards the idea that the "quick fix,” involving extreme restriction, elimination and/or avoiding hunger, is the only way to achieve a healthful lifestyle. But what if I told you that dieting doesn’t work and really causes us more harm than good? In this blog post, I will be going over the common misconceptions within the weight focus paradigm and showing you what the science has to say about it.

What most weight loss programs and supplement companies out there do not reveal to you is how long term failure is significantly present in dieting, and that may even be a reason why this research is usually not even performed. Most of the positive results that we've seen within weight loss interventions usually disappear over time. In fact, studies have shown that restrictive dieting leads to weight gain over time, rather than sustainable weight loss, and individuals may end up gaining more weight than was initially lost.

You might be thinking something along the lines of: “but with willpower anyone can lose weight and keep it off… right?” Myth! Regardless of whether individuals continued their diet or exercise program, most long term follow up studies have shown individuals regained all of their previously lost weight back. This may be due to the fact that diets often lead to a constant binge-restrict cycle. Since our bodies don’t want us to starve, they react by slowing down our metabolism, which makes it more difficult to lose weight. Also, when we try to control or restrict foods by ignoring our internal cues of hunger, this only leads to increased thoughts around those foods and our hunger. Many individuals may even feel increased feelings of a lack of self control, guilt, or shame when we can no longer hold ourselves to this restriction. This is the inevitable outcome of dieting. However, when we learn how to ditch this restrictive mentality, give ourselves permission to include all foods and build a trusting relationship with our body, we would then be able to achieve greater outcomes. These positive outcomes would involve finally having those feelings of control that we were always chasing after!

Your next thought might be: “but regardless, fat increases your risk for disease and mortality, so why wouldn’t we diet?” The truth is, the amount of body fat you have says very little about life expectancy. According to most epidemiological studies, the overweight and obese categories were observed to live just as long as or longer than the normal weight category. Specifically within the obese category, when compared to thinner individuals who had the same disease, the obese category was seen to have longer rates of survival within type II diabetes, hypertension, cardiovascular disease and chronic kidney disease. The association between obesity and an increased risk for many diseases is exactly that, an association. This does not mean causation has been well established, so we must consider additional factors that may be playing a role in this such as socioeconomic factors and weight cycling. For example, those who constantly fall into a cycle of losing and gaining weight (weight cycling) have been shown to have increased inflammation, poor cardiovascular outcomes and an increased mortality risk. Weight cycling is also very common among obese individuals. So we may be causing ourselves more harm by participating in this constant cycle of dieting and it is something we should be considering.

So what can we do instead? Well, dieting is thought to be the only way to achieve improvements in health for those who are overweight or obese, but most markers of health can be improved just by changing our behaviors, regardless of weight being lost. The health at every size (HAES) approach promotes shifting the focus away from weight to health. HAES has been associated with significant improvements in physiological measures, health behaviors and psychological outcomes, while providing inclusive, effective, ethical and evidence based practice.

HAES encourages self acceptance and those who have greater self acceptance have been shown to be much more likely to make positive behavior changes. Active embodiment is another part of HAES, which is meant to encourage individuals to find ways to incorporate enjoyable activity into their daily lives. Lastly, HAES encourages the reliance on internal regulation such as listening to hunger and satiety cues, as opposed to dieting that focuses on external regulation and restraint. This process is known as intuitive eating.

Intuitive eating (IE) is a guided process for individuals to learn how to make mind-body connections, while considering food and mood, concentration, energy levels, fullness, ease of bowel movements, comfort eating, appetite, satiety, hunger and pleasure. In IE, nutrition is just one of the many values we take into consideration when making food choices. It also values psychological, sensual, cultural and many more aspects. As opposed to dieting, intuitive eating has been associated with improved nutrient intake and reduced eating disorder symptomatology.

Finally, we can see that diets inevitably fail, but because we live in such a weight focused society, many are tricked into believing the opposite. Not only does the weight focus paradigm not lead to thinner healthier bodies, but it has been shown to come with additional negative impacts on our overall health and well-being, including:

Finally, have your thoughts about dieting changed after learning more about how it has been shown to affect our health? If you are interested in learning more about intuitive eating and its principles, check out this first blog post of an intuitive eating series on our blog to help guide you through the process: https://jcolenutrition.com/blog/intuitive-eating-death-diet-culture.

Intuitive Eating VII: Food is not Your Emotional Support Companion